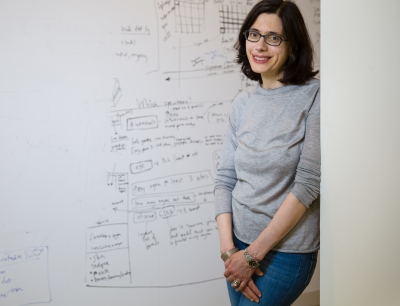 Roche announced that Michael Varney (1958) Ph.D., and Head of Genentech Research and Early Development (gRED) since 2015, will retire from the company at the end of July.  Aviv Regev (1971), Ph.D., and currently Chair of the Faculty, Core Institute Member, and member of the Executive Leadership Team of the Broad Institute of MIT and Harvard, as well as Professor of Biology at MIT and Investigator of the Howard Hughes Medical Institute, will join Genentech as the new Head of gRED and will become a member of the enlarged Corporate Executive Committee as of 1 August 2020. She will be based in South San Francisco.

Commenting on the appointment, Roche’s CEO Severin Schwan said: “I am very excited to have Aviv Regev joining us. She brings a rare combination of expertise that will help us unlock even more possibilities in data-based drug discovery and development.” Schwan further commented: “I have tremendous gratitude for Mike’s many contributions over the past fifteen years including expanding our drug platform capabilities and the positive impact he has made to the strength of our pipeline. I wish him continued happiness and health in his retirement.”

Aviv Regev has a Ph.D. in computational biology and Master of Science from Tel Aviv University. Through her pioneering efforts she is a leader in deciphering molecular circuits that govern cells, tissues and organs in health and their malfunction in disease. In particular, she has pioneered assays for RNA sequencing in single-cells, machine learning algorithms for distilling biological knowledge from the resulting information, and many of the first demonstrations of how to yield foundational new insights into an extraordinarily wide range of molecular circuits, systems, and fields, including immunology, neurobiology, development, inflammatory disease, cancer, and evolution. In doing so, her groundbreaking work is helping to answer the deepest and most general of biological questions - how cells and their circuits function and rewire, and how these dynamics underlie health and malfunction in disease.

In addition to her current roles, she holds further responsibilities as founding co-chair of the international Human Cell Atlas project and founding Director of the Klarman Cell Observatory at Broad Institute. Prior to joining MIT and the Broad, she was a Bauer Fellow for the Center for Genomics Research at Harvard University.  Beyond her many scientific publications, she has been recognized with numerous designations and awards such as member of the National Academy of Sciences, recipient of the Paul Marks Prize from Memorial Sloan Kettering Cancer Center, and the Innovator Award from the International Society for Computational Biology.  She serves on multiple corporate advisory, scientific advisory, and journal editorial boards, and served on the advisory committee to the National Human Genome Research Institute at the National Institutes of Health.

Classic pharmaceutical vials are also popular in the beauty world