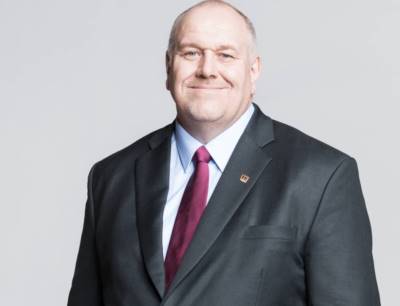 Endress+Hauser experienced strong growth across all regions, sectors and product areas in 2018. The ongoing digitalization of the industry and positive development on the international markets provided impetus. The Group increased sales and profits, invested heavily and created hundreds of jobs worldwide. “The bottom line is, 2018 was a good year for Endress+Hauser worldwide,” explained CEO Matthias Altendorf at the Group’s annual media conference in Basel. The Group increased net sales by 9.5 percent to 2.455 billion euros, despite facing strong headwinds from foreign exchange rates. Expressed in local currencies, sales grew by 12.7 percent.

The business was bolstered by a strong economy in the process automation sector. Continued high demand from private consumers, as well as recovering oil and raw material prices, contributed to the solid growth. After years of somewhat restrained investment activity, large-scale projects made a return. According to Chief Financial Officer Dr Luc Schultheiss, Endress+Hauser’s performance “exceeded the industry average.” Endress+Hauser made excellent progress in Europe. Business was dynamic even in Africa and the Middle East as well as in the Asia-Pacific region. The strongest growth was seen in the Americas, however. “After 65 years, the US replaced Germany as our largest sales market,” reported Matthias Altendorf. China also grew at a double-digit pace. “If this trend continues, China could soon take over the top spot,” added the CEO.

Foreign exchange rate fluctuations not only slowed down sales growth, but also stifled cost structures, despite notable cost increases on the materials side. Operating profit (EBIT) increased by 31.4 percent to 330.6 million euros. Even though no one-off income was recognized in 2018, in contrast to the prior year, profit before taxes (EBT) still rose by 14.6 percent to 315.7 million euros. Return on sales (ROS) climbed 0.6 points to 12.9 percent. Net income rose by 11.2 percent to 232.5 million euros, which reflects an effective tax rate of 26.4 percent which increased over the prior year due to a change in the composition of the profit. The equity ratio reached 71 percent, an increase of 0.8 points. The Group has no considerable bank liabilities.