Strategic development of the product portfolio 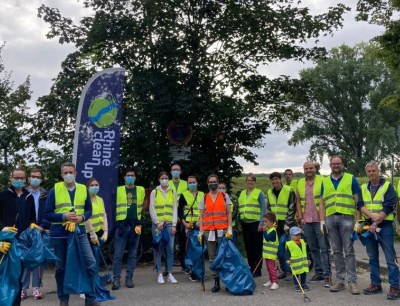 Sustainability plays a central role for the RKW Group. The RKW Group invests year-round and worldwide in modernizations and innovations in favor of sustainable products and processes. For the second time, the company and its approximately 3,000 employees have now also actively contributed to social commitment in a dedicated sustainability campaign. The five-layer extrusion line commissioned in August at the Echte site, the latest of several investments in RKW's center of excellence for industrial packaging, exemplifies the RKW Group's commitment to modernization towards greater sustainability in production and solutions. As a result, the proportion of recycled raw materials can be continuously increased. Thanks to innovative formulations, the new equipment will also enable the production of high-quality plastic films with a high-recycled content and without any loss of quality in the future.

At the same time, the RKW Group is investing in both a new five-shift and a nine-shift plant with MDO (Machine Direction Orientation) at the Petersaurach site, which will go into operation at the beginning of 2022. The planned nine-layer machine will enable the production of MDO films with and without barrier properties. The RKW Group has many years of experience in MDO technology and now offers MDO-PE solutions for packaging applications. A key component of this strategy is RKW Horizon - a 100 percent recyclable polyethylene (PE) MDO film for mono-material laminate packaging solutions. With the new nine-layer MDO plant at the Petersaurach site, the RKW Group is expanding its on-site production capacities and investing in this technology of the future.

RKW is going even further. To ensure that overall energy consumption is reduced, RKW is modernizing its production processes, relying on new, more efficient machines, and cooling systems with up-to-date measurement and control technology that demonstrably consume less energy and water. Last year, the Group switched all its German sites to electricity from renewable energy sources. Since June 2021, the sites in France and Belgium have also been sourcing energy from renewable sources. In total, this is expected to save 100,000 tons of CO2 per year. Other sites in Europe will also be converted in the near future.

The RKW Group is committed to its responsibility as a plastics manufacturer and works continuously with its customers and partners to give plastics a sustainable perspective. In doing so, RKW is increasingly focusing on both the use of recycled materials and the development of easily recyclable products. With the further development of its innovative packaging solution for powdery goods, RKW ProVent, RKW is contributing to greater sustainability and resource conservation. The packaging solution consists of only one material, polyethylene, and can therefore be fully recycled. In addition, the plastic bags can also be produced in a CO2-neutral way. Not only the company, but also the 3,000 employees of the RKW Group actively contributed to more climate protection as part of this year's sustainability campaign. The RKW Group's 19 sites worldwide took part in the summer campaign with numerous environmental protection activities:

The RKW Global Team Run also took place for the first time as part of the summer campaign. From July 1 to September 11, 140 participants covered more than 34,000 kilometers, raising a total of 17,000 euros for a good cause. With this donation, the RKW Group supports the Care for Rare Foundation, which is committed to researching and developing suitable therapies for children with rare diseases.