Sesotec welcomes a new Vice President of Sales for Plastics

Focus is on circular economy and digitalization 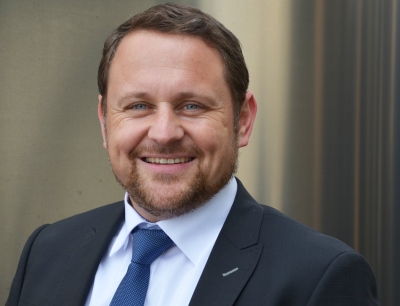 Sesotec is a leading provider of intelligent technologies and services for foreign object detection, material sorting and analysis. The Lower Bavarian company is pleased to announce the latest addition to its management team. Since April 1, 2021, Dietmar Dieing has been leading Sesotec’s Plastics Industry division as its new Vice President of Sales. The 45-year-old Dieing is a technical business manager trained in industrial mechanics and certified as a mechanical engineering technician. He began his career 20 years ago working as a project manager in the automotive industry. Dieing joins the Sesotec team following a decade at Zeppelin Systems, where he oversaw proprietary product management and digitalization efforts in his role as sales manager. In his last two years at Zeppelin Systems, Dieing was responsible for global service in his role as Vice President of Sales, Customer Service, and Modernization.

“When it comes to foreign object detection, material sorting, and material analysis, Sesotec is a global market leader,” says Dieing. “I am excited to be in a position to contribute to the company’s continued success. I consider my main objective to be providing the best possible support for our customers and employees so we can all rise to the challenges of a circular economy and digital transformation.” “With the welcome addition of Dietmar Dieing, we have a proven expert in our ranks,” says Sesotec CEO, Joachim Schulz. “His excellent industry knowledge and extensive network will help us further expand upon Sesotec’s market position among our customers in the global plastics industry. We wish Mr. Dieing much success and the best of luck for his future with Sesotec.”

All digitalisation activities combined in the Krones Ecosystem