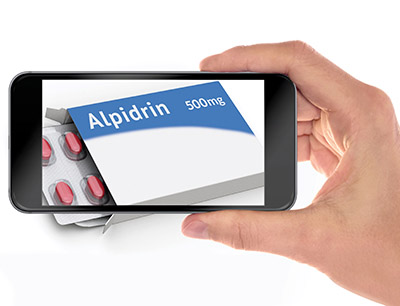 Pharmaceutical product counterfeiting is a reality, and for some even a life threatening one. According to a 2019 report from the Organisation for Economic Co-operation and Development “OECD ”, trade in fake goods is now 3.3% of world trade and rising. Africa is one of the biggest sufferers from counterfeiting and people are not only dying due to the lack of drugs, but also because counterfeits often have no active ingredients or contain poisonous substances.

After accepting this fact and complaining where humanity has gone, the next challenge is to find a villain. But as often the case for issues involving global players and society, responsibilities are shared, and it is impossible to blame a single actor. In a world driven by shareholder value, profit optimization, and short-term strategies, in a world where corporate wellbeing seems to be put above personal health, one could just say “Who Cares”. Fortunately, legislative efforts are being made throughout the world requiring the implementation of protective measurements against counterfeiting. This not only increases awareness, but also forces key players to think about effective ways to address the problem. Europe is driven by the Falsified Medicines Directive (FMD) 2011/62/EU , published February 9, 2016, and in force since February 2019. In the United States, the President signed the US Falsification Directive DCSA, part of the FDA's DQSA (Drug Quality Security Act) , in 2013 which is expected to be fully implemented by 2023.

Professional drug producers often build their business around the question “What is my corporate objective”. From my point of view, there is only one answer to this question: Produce drugs with profit. All other answers are extensions or miss the point. I know that this is not what most of us want to hear, but we have to face today’s reality. What does this mean with respect to product counterfeiting? Fake products and anti-counterfeiting programs in general have an adverse effect on business results. It is a headache for drug producers and there is no pill that can be taken to make it go away. Addressing the counterfeiting risk requires holistic thinking, implies many actors, and costs time and money. In addition, pharma companies must respect regulatory obligation and meet ethical and moral expectations.

What about banknotes
To tackle the challenge, let us have a look at banknotes. With up to 30 different security features, unique identification numbers, and a highly controlled supply chain, banknotes can be considered as physical products with one of the best protection approaches. Nevertheless, if we take for instance the Euro, the number of counterfeits detected annually per million genuine notes in circulation ranges between 25 and 65 for the years 2002 to 2019. This is a pretty small number, but the problem is that end users are often not capable to make the difference between genuine and counterfeited banknotes. To authenticate a banknote, an end-user must first be aware of the deployed security features and then know how to validate them. Central banks put a significant amount of time and effort into this. A study by Osamu Masuda  revealed that non-experts are able to find 3.9 security features on average. This is a fairly low number which raises many questions considering the very high production cost of a banknote. All banknotes, current and past, also carry a unique identification number, or serial number. The purpose of this serial number is manifold and for quite some time it was believed that the number can be effectively used in the fight against counterfeiting. However, decades of banknote use and actively fighting against counterfeiting has shown that serial numbers are not at all as effective and useful as initially assumed. Today, serial numbers are not actively used as a security feature and it may be that we will see banknotes without them in the future.
So, is there anything useful we can learn from the banknote ecosystem and use it for the pharmaceutical domain? Here my take on it:

- Serialization and track and trace are not effective to fight counterfeiting
- Effective use of security features requires a significant amount of end user training
- Counterfeit versions of even highly protected products are produced, and users are seldom able to tell the difference