Röchling Reports Sales Growth for Ninth Year in a Row 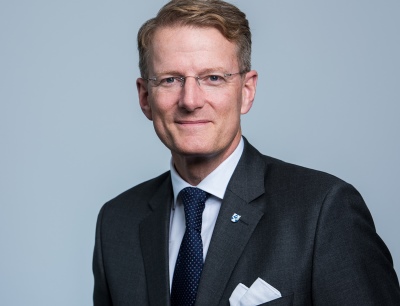 Röchling SE & Co. KG based in Mannheim increased its sales for the ninth year in succession in the 2018 financial year. Despite the gloomy world economy – particularly in the second half of the year – the plastics specialist posted 16.3 percent growth in sales to 2,140.5 million euro (previous year: 1,840.9 million euro). At the end of last year, the Röchling Group had 10,929 employees – 1,196 more than in the previous year. In the current financial year, the company is expecting more growth – despite the challenging general economic conditions of a delayed Brexit, continued protectionist policies in the USA, and the risk of a trade war between the USA and China.

“We continued our growth course in all areas last year. This was possible only thanks to the outstanding effort of our employees, who are dependable partners for our customers,” emphasized CEO of the Röchling Group, Prof. Hanns-Peter Knaebel, at the annual financial press conference on Thursday, 23 May at the company’s headquarters in Mannheim. The name Röchling continues to be a byword for pioneering innovations in plastics processing. “To keep on performing at a high level in the future, last year we created the position of Chief Information and Digital Officer (CIDO), bringing on board Klaus-Peter Fett, an eminent expert from Google,” said Prof. Hanns-Peter Knaebel.

In 2018, Röchling pressed ahead with its industry-focused approach, which has been firmly embedded in the Industrial division for a great many years. “We are familiar with our customers’ needs and provide them with a lot of product application support. We anticipate their future requirements to find optimal solutions for them,” stressed Prof. Hanns-Peter Knaebel. But this customer-centric approach does not end in the Industrial division. Röchling is focusing on the benefits to the customer with its product-related services as well: “We are currently developing new platforms for our divisions to enable us to be even closer to our customers,” said Prof. Hanns-Peter Knaebel.

In the 2018 financial year, the company’s headcount went up by 10.9 percent to 10,929 employees (as of the reporting date of 31 December 2018), 560 of whom work in Baden-Württemberg (2017: 274) and 1,199 in Rhineland-Palatinate (2017: 1,023). There are a total 4,589 employees based in Germany, representing a share of 42 percent. The biggest increase in the workforce was seen in the Automotive division (635 employees), while the Industrial division had 176 more employees as of the reporting date and the Medical division’s employee headcount grew by 379. The number of apprentices in the Röchling Group totaled 291, up 14.2 percent on last year (2018: 255). Opportunities range from vocational training in commercial and technical fields through to various combined work and study courses at university.

The Röchling Group now has a global presence at 90 locations in 25 countries worldwide: 56 in Europe, 18 in Asia and 16 in America. In the 2018 financial year, acquisitions in Denver in the US state of Pennsylvania as well as in Xanten and Waldachtal in Germany brought the number of locations up by three. The company also invested a total of 151.6 million euro in its existing locations (see Special Report). Germany accounted for 38 percent of Group sales, while the rest of Europe contributed 34 percent. The share of sales in America was 18 percent, with 10 percent generated in Asia. Negative exchange rate effects totaling 23.6 million euro had a significantly noticeable impact on the sales in the past financial year. Earnings before taxes (EBT) fell by 28.6 million euro to 105.9 million euro. This decline is mainly due to the challenges in the automotive division. This lowered the EBT margin from 7.3 percent in the previous year to 4.9 percent.

In the 2018 financial year, the Röchling Group increased sales in the Industrial division by 7.1 percent to 789.4 million euro. “Röchling Industrial continued its success story in 2018. The positive sales performance is due mainly to our industry-centric marketing strategy, which allows us to capitalize on positive developments in the industries and regions that are relevant to us,” stressed Franz Lübbers, Member of the Executive Board of the Röchling Group and responsible for the Industrial division. The company again saw especially pleasing development in sales with customers in the wider mechanical engineering sector. “But we benefited equally from the continuing sound economic situation in the global chemical and electrical industries and in the traffic technology sector,” said Franz Lübbers.

A total 52.1 million euro was invested in property, plant and equipment in 2018. This meant that the division’s capital expenditure was 11.4 million euro higher than in the previous year. The priority was once again capacity expansion, which accounted for 68.6 percent of capital expenditure (previous year: 64.4 percent). Part of this expansion involved production facilities for several locations. There was a particular drive to expand capacity at the Haren and Lahnstein sites.

In November, Röchling also took over Schwartz GmbH Technische Kunststoffe headquartered in Xanten, which has now been renamed Röchling Industrial Xanten. This is evidence of the company’s drive to push ahead with its growth strategy and focus particular energy – with new technology such as the production of large-volume finished castings made of cast polyamide – on enhancing its expertise for industries such as conveyor and lifting equipment, oil and gas, intralogistics and elevator construction. Within the Industrial division, it is the site in Xanten that has been chosen to house the future center of excellence for finished casting. Over the course of the year, Röchling will invest a large six-figure sum of money in state-of-the-art machinery and equipment for this project.

Sales revenues in the Automotive division amounted to 1,232.1 million euro at the end of the 2018 financial year. The 24.3 percent increase year on year (991.5 million euro) was once again at an extremely high level.

The company’s sales performance in Europe was again very positive. The main driving force for this was strong business in SCR tanks and associated filling systems. On the other hand, delays in obtaining official approvals for the new emissions test procedure (WLTP) resulted in production cutbacks for customers and loss of sales. The slowdown in the Chinese automotive market resulting in a 3.8 percent decrease in sales was offset by substantial double-digit sales growth in Asia.

“The global automotive market is characterized by different prospects for the different continents. While in China we are seeing a certain saturation at a high level, the US market is turning into a market dominated by SUVs and pick-up trucks. Europe is the most affected by volatility because the public and sometimes purely emotionally driven,
non-fact-based discussions here make advance planning with regard to drive type difficult to implement,” emphasized Prof. Dr. Hanns-Peter Knaebel.

Investment in property, plant and equipment in the Automotive division totaled 76.3 million euro in the 2018 financial year (previous year: 105.3 million euro). These investments once again focused on capacity expansions, including in Ostrava (Czech Republic), Araia (Spain), Pitesti (Romania) and Silao (Mexico). The development of new plants, primarily in Nové Mesto (Slovakia) and Chongqing (China), was also a priority.

The Medical division achieved 6.8 percent growth in sales to 122.2 million euro in the 2018 financial year. The two acquisitions of Precision Medical Products Inc. (PMP) in Denver, Pennsylvania, USA (now Röchling Medical Lancaster), and FRANK plastic AG in Waldachtal, Germany, had a positive impact on sales revenues. Their share of sales is 30.6 million euro.

As expected, without this effect sales would have declined year on year (114.4 million euro). This is due primarily to the performance of the Rochester, New York/USA and Brensbach sites, which are still suffering from the effects of production relocation. Successful project acquisitions were not enough to compensate fully for the loss of sales at these sites. Sales at the company’s European locations also went down year on year as a result of restructuring. “The Medical division invested 22.9 million euro in total in property, plant and equipment in the 2018 financial year. The majority of these investments were aimed at expanding the locations in Neuhaus am Rennweg and Brensbach,” reported Prof. Hanns-Peter Knaebel, who is responsible for the Medical division.

The Röchling Group ended the 2018 financial year with solid sales and earnings figures. The development of the Group’s sales figures in particular was an especially strong indicator of its growth. In addition to macroeconomic developments, forecasts for the plastics processing industry, the automotive industry and the medical technology industry are of particular relevance for the company. Despite deteriorating forecasts over the past few months (key factors here being trade disputes and the continued threat of a disorderly Brexit) resulting in the IMF lowering its global growth forecast to 3.3 percent, in the 2019 financial year the Röchling Group is striving for further sales growth of significantly higher than 10 percent and is expecting all operating divisions to contribute to this growth.

“The rates of growth we are targeting are expected to be achieved through organic growth,” emphasized Prof. Hanns-Peter Knaebel. On the whole, the Röchling Group is expecting a positive company performance in 2019. Alongside investment in expansion and the stabilization strategy for its three divisions, the company is also driving forward internationalization and digital transformation to further enhance customer benefits.

The date for Interpack 2023 is set