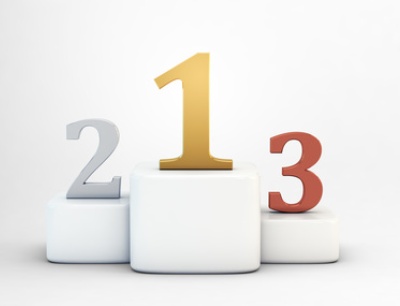 Vetter, a globally operating Contract Development and Manufacturing Organization (CDMO), was granted the 2020 CMO Leadership Award in all six core categories. The award was given by the leading trade press publication, Life Science Leader. Vetter was also the recipient of the equivalent award in 2019, but because the company was able to again increase its performance in the category ‘capabilities’, it was additionally granted a ‘Champion’ ranking. Unlike other awards where an application process determines its winners, recipients of the CMO Leadership awards are determined by a customer ranking system. The central element is their experience with the service providers they have actually worked with. Using this method of validation means results cannot be influenced in any way. As such, the awards represent a high level of accomplishment and signify that winning companies have attained a leading level of support for the needs of their pharma and biotech customers. Vetter won the award in all core award categories - quality, expertise, reliability, compatibility, service, and capabilities, where it also received the aforementioned ‘Champion’ ranking. Overall, the result is proof of the company’s hard work in its daily efforts for customers and a motivation for continued improvement towards excellence as a solution provider.

"Vetter is thrilled to be voted as a winner of this award by its customers,” said Vetter Managing Director Peter Soelkner. “What makes this especially exciting is that we have done so repeatedly in all six core categories as well as received an additional title of ‘Champion’ for our performance in the area of ‘capabilities’.” “The positive feedback from our customer base in the US, Europe and Asia is a prestigious award and directly reflects our continuous efforts to serve the global pharma and biotech markets,” added Carsten Press, Vetter’s Senior Vice President Key Account Management / Supply Chain Management / Marketing. “It is these very areas which are among the key performance indicators cited by our customers when working with us.” “Life Science Leader’s CMO Awards are the most meaningful in the drug development and manufacturing outsourcing industry. Each award represents the highest level of accomplishment as evaluated by actual customers. An award in any of the categories assessed acknowledges the advanced leadership and execution at the recipient. Congratulations to this year’s CMO Award winners – you keep the industry moving forward,” says Louis Garguilo, Chief Editor and Conference Chair, Outsourced Pharma.

BASF’s Supervisory Board extends appointment of three Board members

Neste to lead its Renewable Polymers and Chemicals business from its office in Düsseldorf, Germany

Beviale Moscow 2021 a major success for all participants